Home / Playing June's Journey with others

For more tutorial videos, check out our June’s Journey YouTube channel!
What are Detective Leagues?
Detective Leagues are long term competitive events where clubs put their skills to the test! Exciting tournaments will be held each week between multiple clubs, all duking it out in fun and friendly competition. 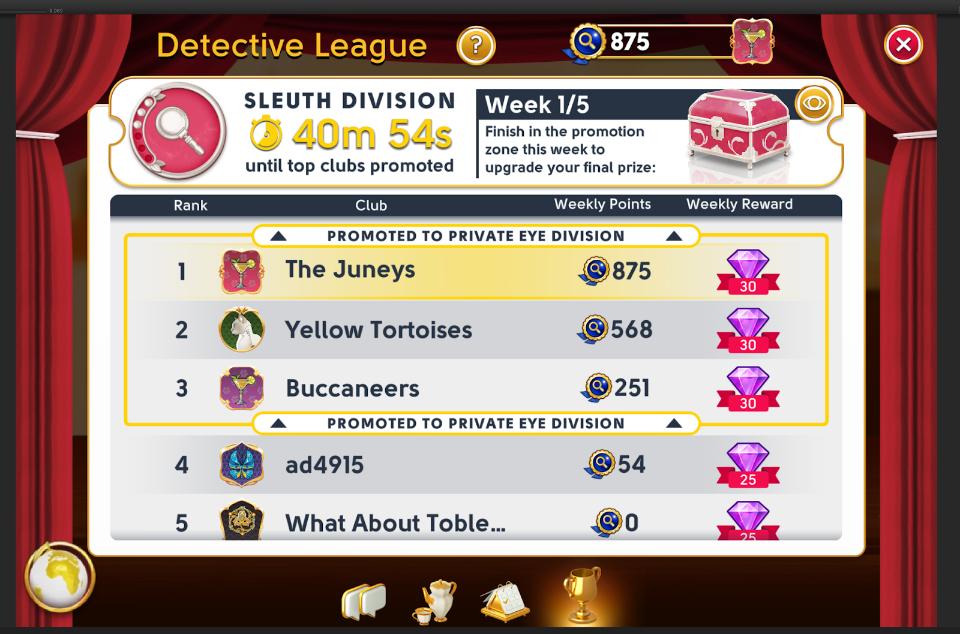 Start to climb the ranks and earn points by participating in Club Competitions and completing Help Wanted tasks. The clubs that come out on top in each tournament and get promoted through the League Division ranks have the chance to earn exclusive rewards!

To get the party started you must be in a club and have the Detective’s Lounge unlocked by reaching Chapter 4. When a League Tournament is available there will be a notification on your Lounge icon, from there simply navigate to the Trophy icon to check it out!

What are League Points and how do I earn them?
If you want to ascend the ranks and take your club to the top you’re going to need League Points. The top 3 clubs with the most League Points by the end of a Tournament get promoted to the next Division with a chance of awesome rewards!

League Points are earned by completing Help Wanted Tasks and competing in Club Competitions when a Tournament is active. You can see how many points will be awarded by completing a certain task by the blue icon attached. 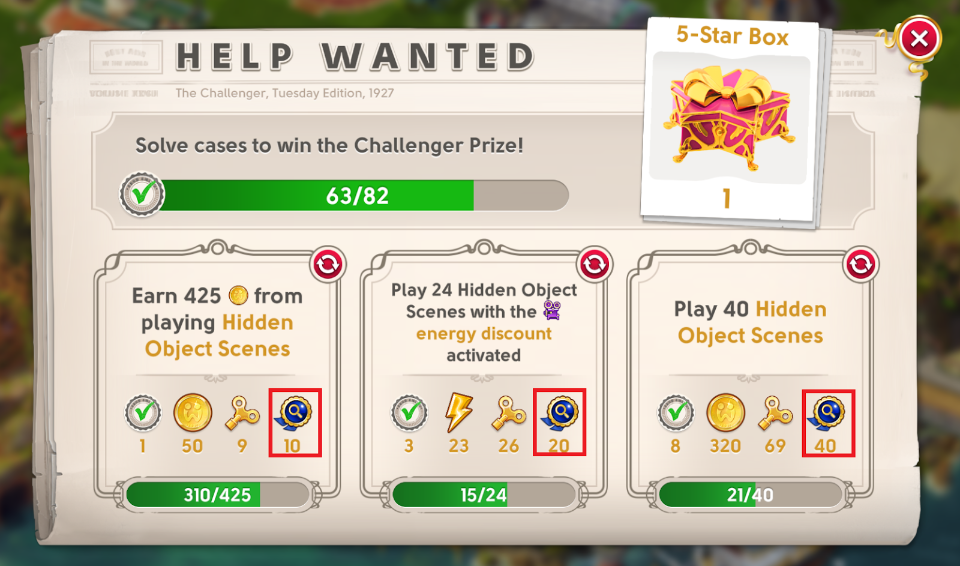 In Club Competitions you will see a bar that starts to fill with each Competition round you play. Once the bar is completely filled the corresponding amount of League Points is awarded and the bar is reset.

The higher you score in a Competition round the faster the bar begins to fill. Be sure to compete often and aim to do your best in each Club Competition to maximize the amount of League Points for your team!

What are Divisions?
Divisions are the coveted ranks that you can climb at the end of each tournament. Each division has its own exclusive rewards which get better the higher your club progresses! Each club starts in the entry division of Rookie and can progress to Inspector, Sleuth, Private Eye, Ace, and ultimately Sherlock.

Clubs with the most Weekly Points in the Tournament will be on track to promote to the next Division once the Tournament ends! You can follow your promotion eligibility by checking the Main Leagues Screen regularly and viewing the "promotion zone" which is highlighted at the top of the list. 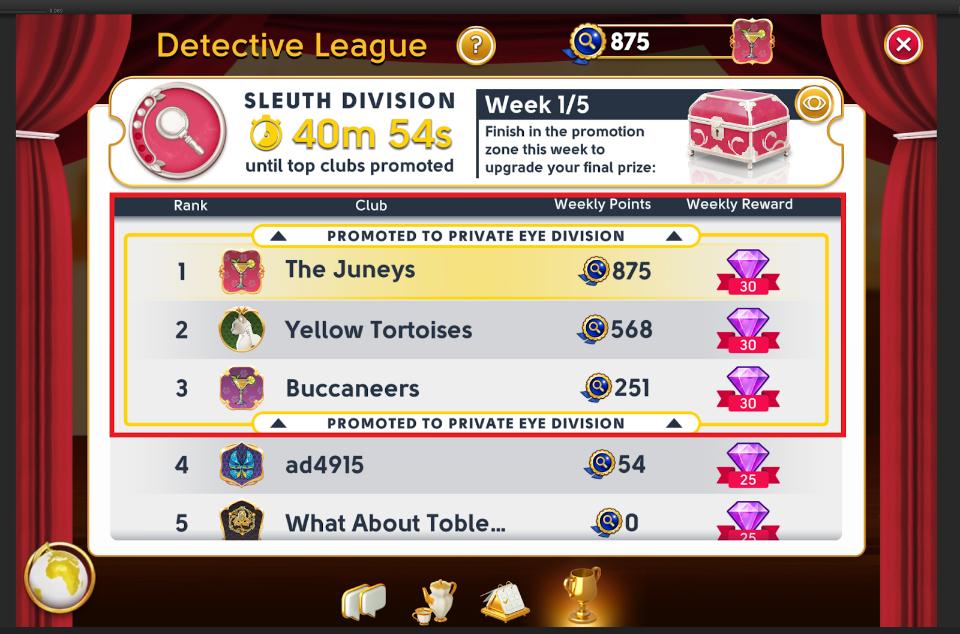 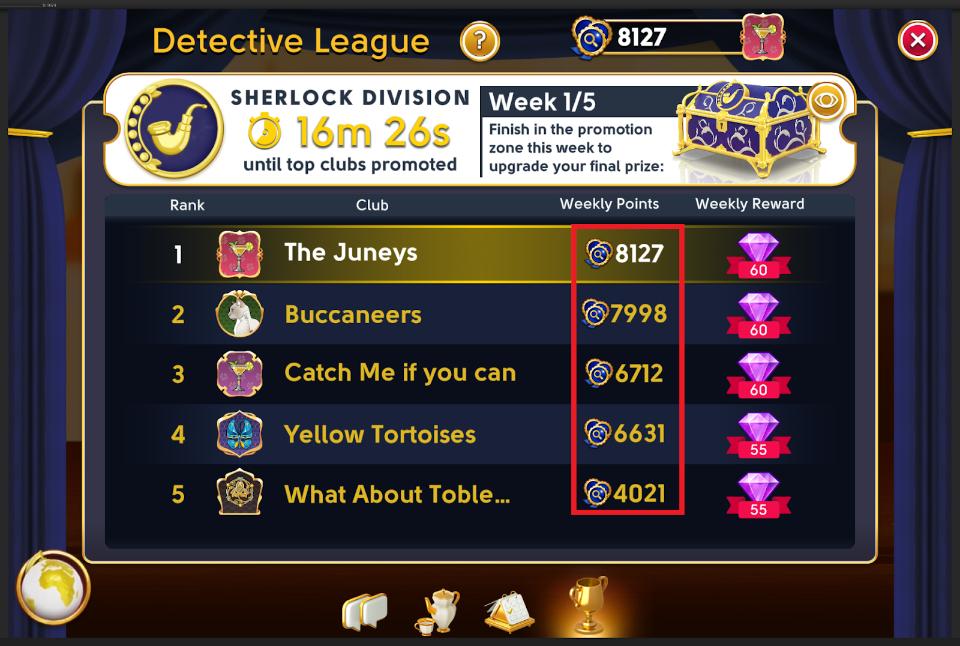 What are the Rewards?
There are two types of rewards available during the Detective Leagues, the weekly reward and the League reward. Weekly rewards are available at the end of each tournament and are awarded to each club member who contributed League Points. 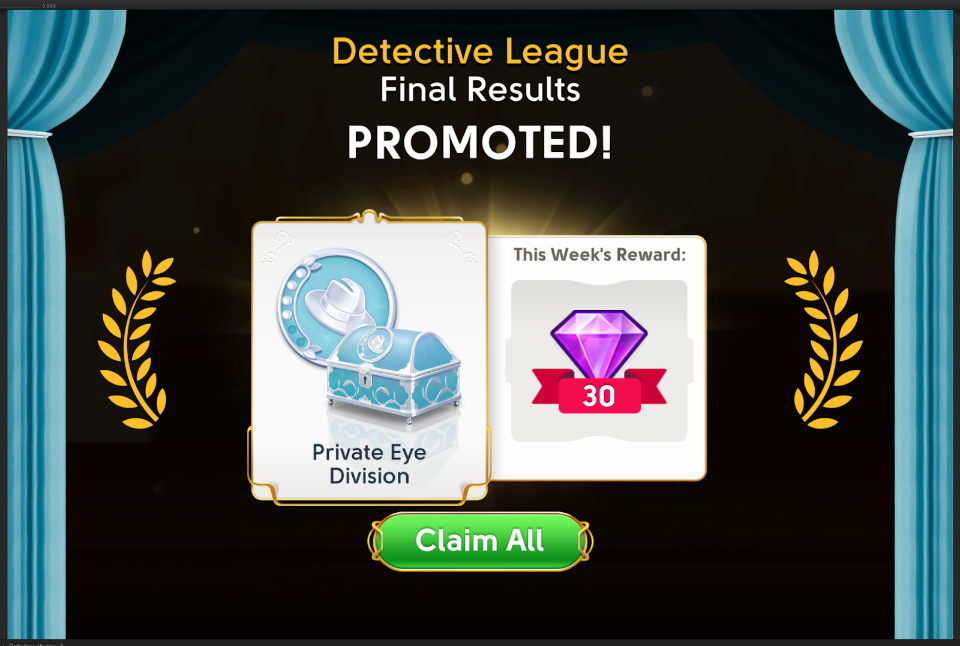 The Weekly reward received will depend on the division your club has reached by the end of the tournament. The higher the division reached, the greater the reward becomes! 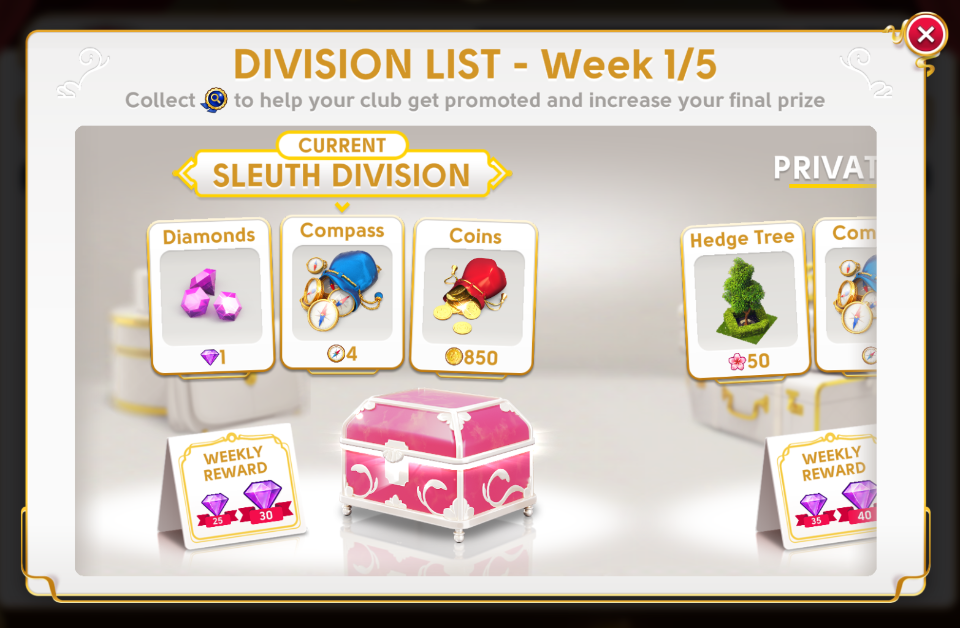 Exclusive Rewards
Detective Leagues is packed with all-time favorites and a few exclusive new rewards to look forward to! The higher the division your club reaches, the larger the variety of rewards. Some of the exciting potential rewards you’ll see throughout the Detective Leagues include: 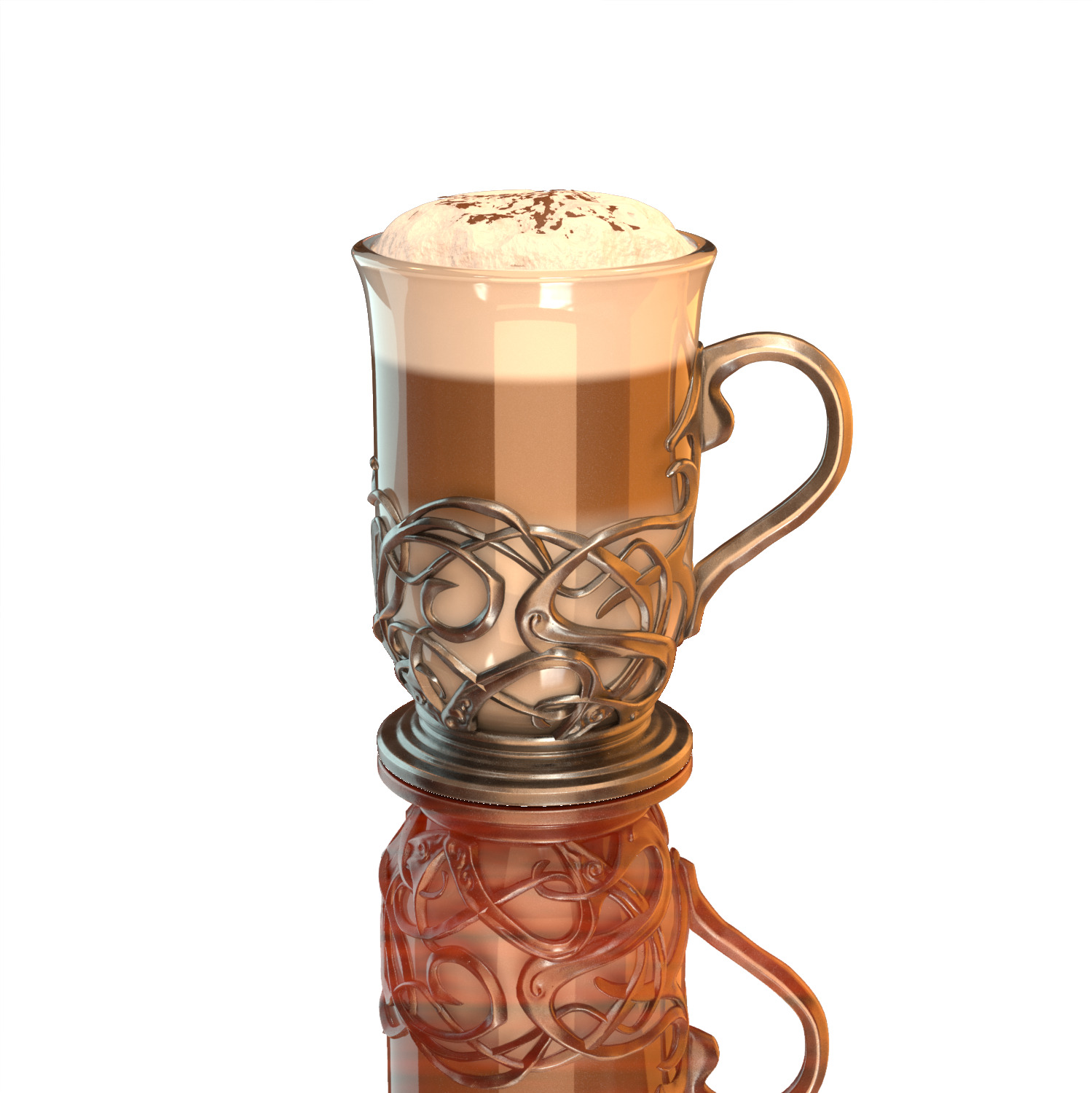 You are golden, which is why Gold is making its debut as an exclusive Detective Leagues reward! If you’d like to know more about Gold and what you can use it for check out our Golden Facades FAQ.
How do League Bushes work?
Share the gift of success with the brand new League Bush! This exclusive Detective Leagues reward is offered to players whose club makes it to the Sherlock Division: 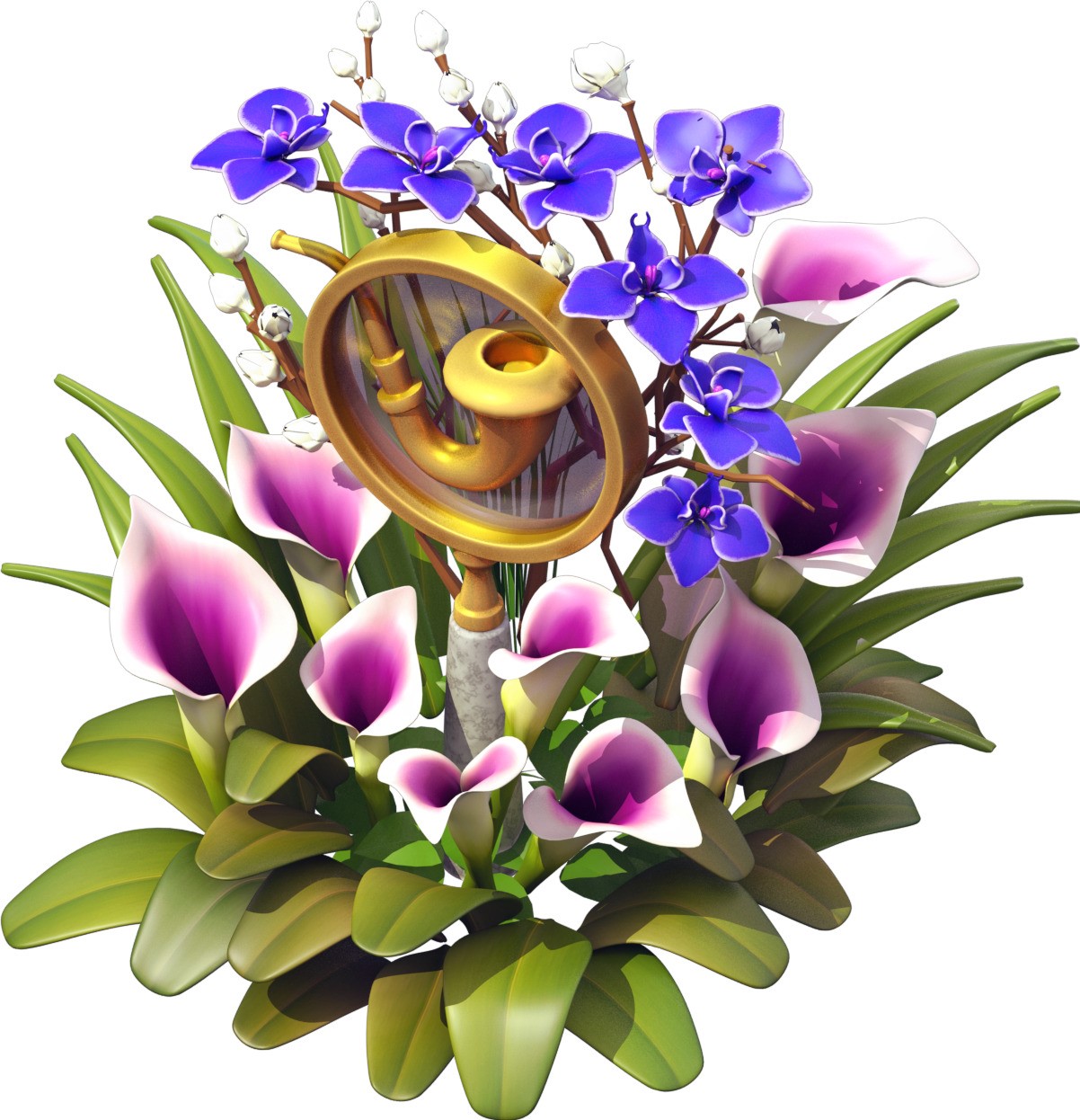 Once you’ve been awarded a League Bush, you’ll receive a certain amount that you can gift to your fellow club members and friends. These coveted Bushes are not only very pretty, they are worth more Diamonds once collected compared to other Bushes!
Global Leaderboard
Curious to see how your club stacked up against other detectives around the world? You can take a peek at the list of the best scoring clubs by Total League Points anytime during an active League at the Global Leaderboard. Simply tap the Globe icon found to the left of the League screen. 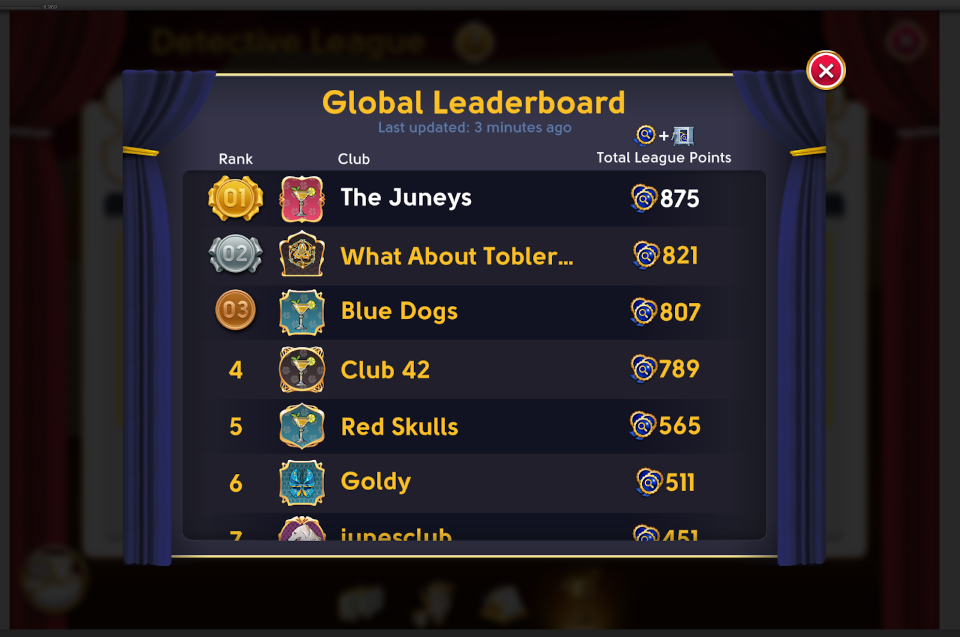 Detective Leagues Glossary
With so many new and exciting things happening in Detective Leagues, it’s easy to get lost! Don’t worry, we’ve got you covered. Here are a few key terms summarized so you can keep climbing the ranks!
Detective League: A long-term competitive event made up of seven tournaments
Tournament: A weekly leaderboard between clubs of the same division
Division: A ranking within the Detective League (i.e. Rookie, Inspector, Sleuth, Private Eye, Ace, Sherlock)
Promotion: Global time at the end of the week when top clubs get promoted to the next division
League Points: Points earned through challenges and competitions while a League is active that determine each club’s rank in tournaments and on the global leaderboard